The Whitehorse Art Collection brings together a broad selection of art that encompass both 2D and 3D forms and is located across the City of Whitehorse.

To embellish the wonderful, newly completed Nunawading Community Hub, a public artwork was commissioned by a selection committee on behalf of the City of Whitehorse. A comprehensive submission process took place that saw a significant cohort of contemporary Australian artists apply, with Torres Strait artist, Brian Robinson being selected as the successful artist.

Robinson has interpreted the Wurundjeri creation story in a suspended installation above the main public space in the Nunawading Community Hub.

For the Wurundjeri people of the Kulin Nation, Bunjil, the wedge tailed eagle is the creator of the environment. According to legend, after creating the mountains, rivers, flora, fauna and laws for humans to live by, he gathered his family and asked Waa, the keeper of the winds, to let some wind out. Waa did so, creating a cyclone that uprooted trees. Bunjil asked for a stronger wind. Waa complied and Bunjil and his family were blown into the heavens where they became stars: Bunjil (Alpha Aqulae) and his two wives (Gamma Aqulae and Beta Aquilae).

Robinson says that mythical tales explaining the origins of landforms and all manner of natural phenomena are part of the folklore of all peoples. Australia's First Nations peoples have ancestral Dreamtime myths about the beginnings of their part of the world. Theses stories are told through oral teachings and creative forms that lay down song-lines criss-crossing the continent. These stories and song-lines have continued to teach generations of descendants, stretching back for tens of thousands of years, about the rhythm of life.

Creation is believed to be the work of cultural heroes who travelled across a formless land, making sacred sites along the way. They effectively layered the Australian continent with cultural nuance and deeper meaning.

The feathers in Robinson's work are suspended, at great height from the ceiling, with each measuring ten metres in length and approximately 1.5 metres in diameter. 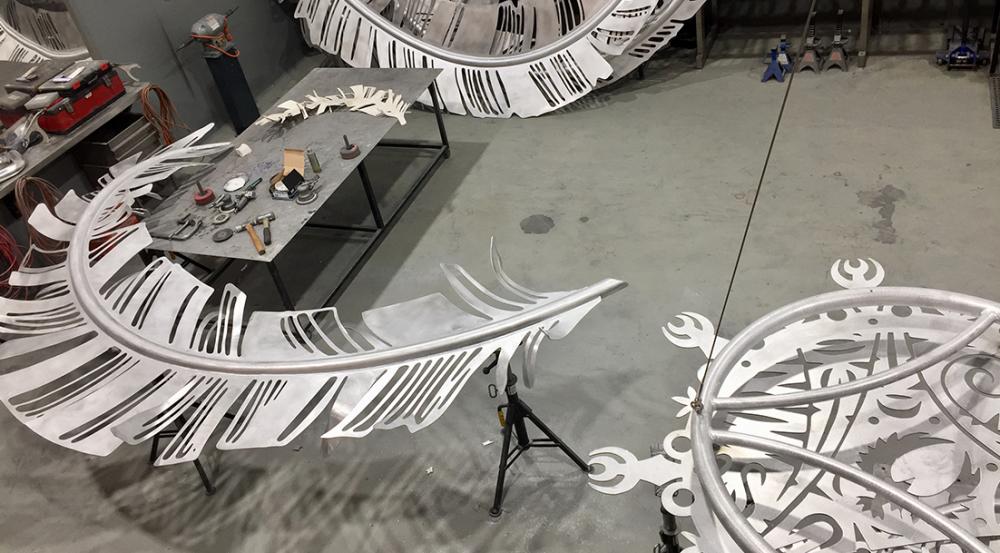 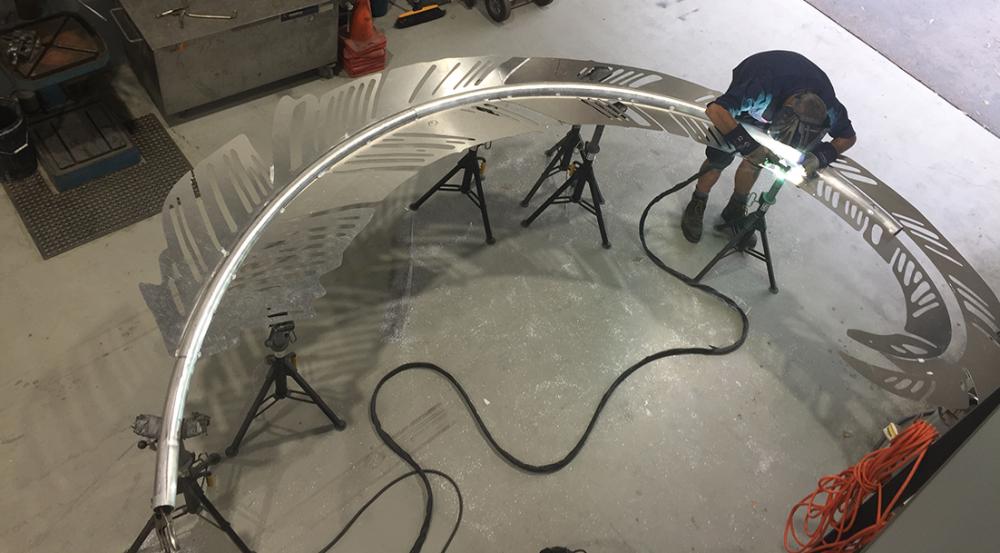 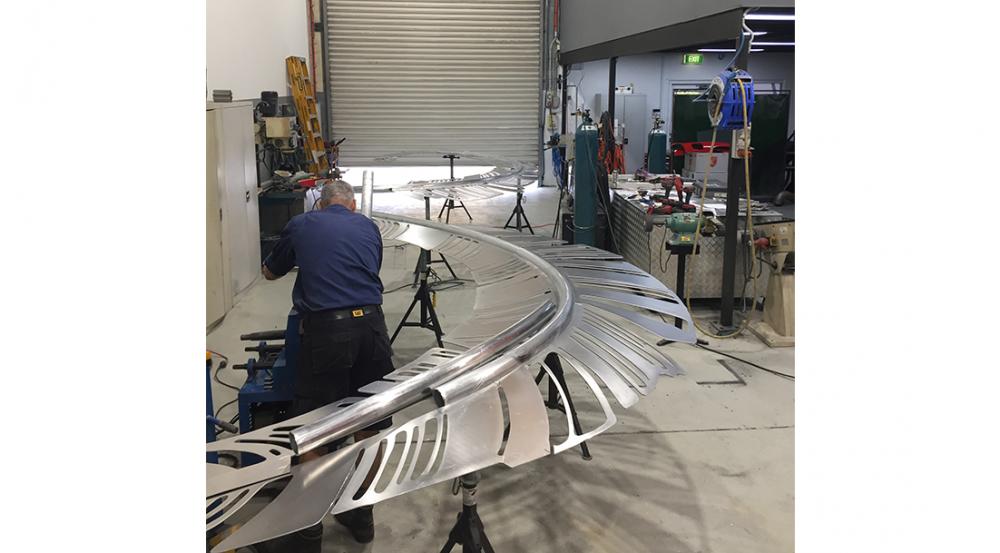 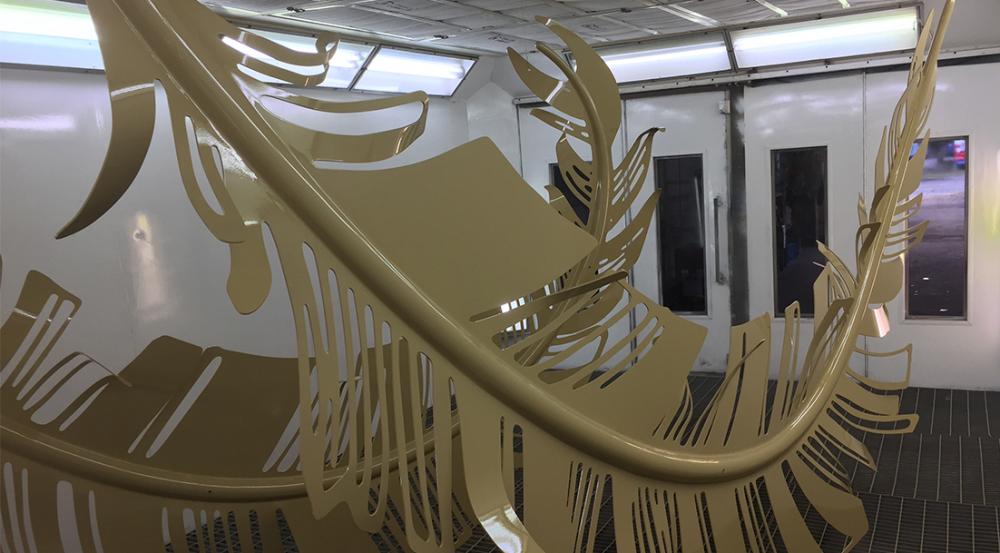 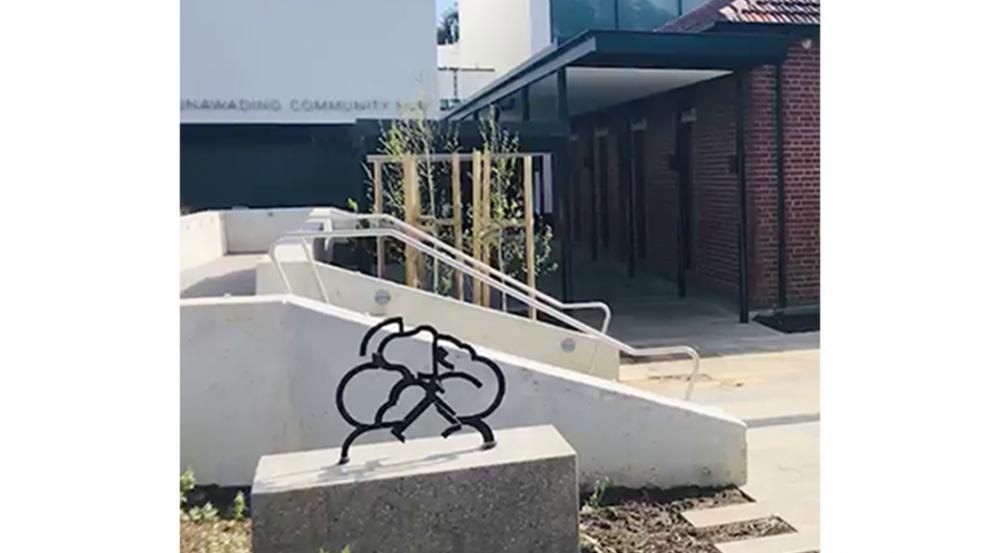 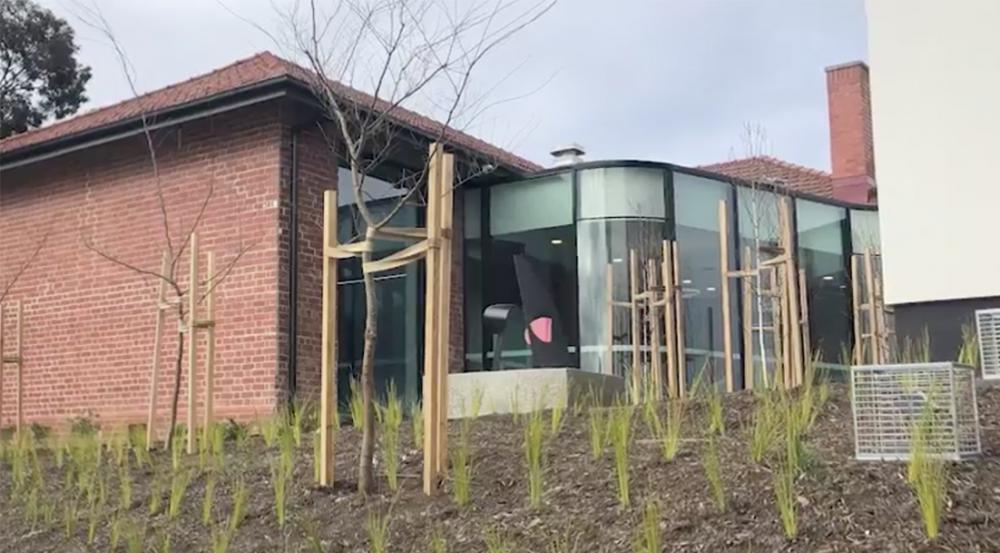 An opportunity for siting two other works from the Whitehorse Art Collection, at the newly completed Nunawading Community Hub, became a possibility during the construction. Recently installed in the garden areas are the sculptural works Untitled by Ray Jones and Temple Bar by Jock Clutterbuck.

The Nunawading Community Hub now sits proudly on the site of the former Nunawading Primary School. The hub will be the new vibrant heart of Nunawading; a place where everyone will feel welcome and can come together to embrace new opportunities for socialising, learning and getting active.

We look forward to a time when residents can visit the new centre and view these fantastic contemporary artworks adorning this wonderful multi-functional public space.