Officially opened in 1935, the stately Box Hill Town Hall is considered to be the City of Whitehorse’s historic landmark building.

Originally part of the City of Box Hill, the previous Town Hall was initially constructed in 1872 on Canterbury Road, moving to the Box Hill site as construction for the current Town Hall began in 1934.

The Box Hill Town Hall was built to the design of J. S. Gawler and J. C. Aisbett and opened in 1935. The Town Hall has since hosted many important events for the community including weekly dances and dinners, concerts, weddings, vaccinations and political meetings.

After the City of Whitehorse was proclaimed in December 1994, the administrative functions of the Town Hall were transferred to the Whitehorse Civic Centre in 1996.

The Town Hall is now registered with the National Trust and remains a core part of community life, with regular events and exhibitions, the Whitehorse Artspace gallery, a Customer Service Centre and the Community Hub. 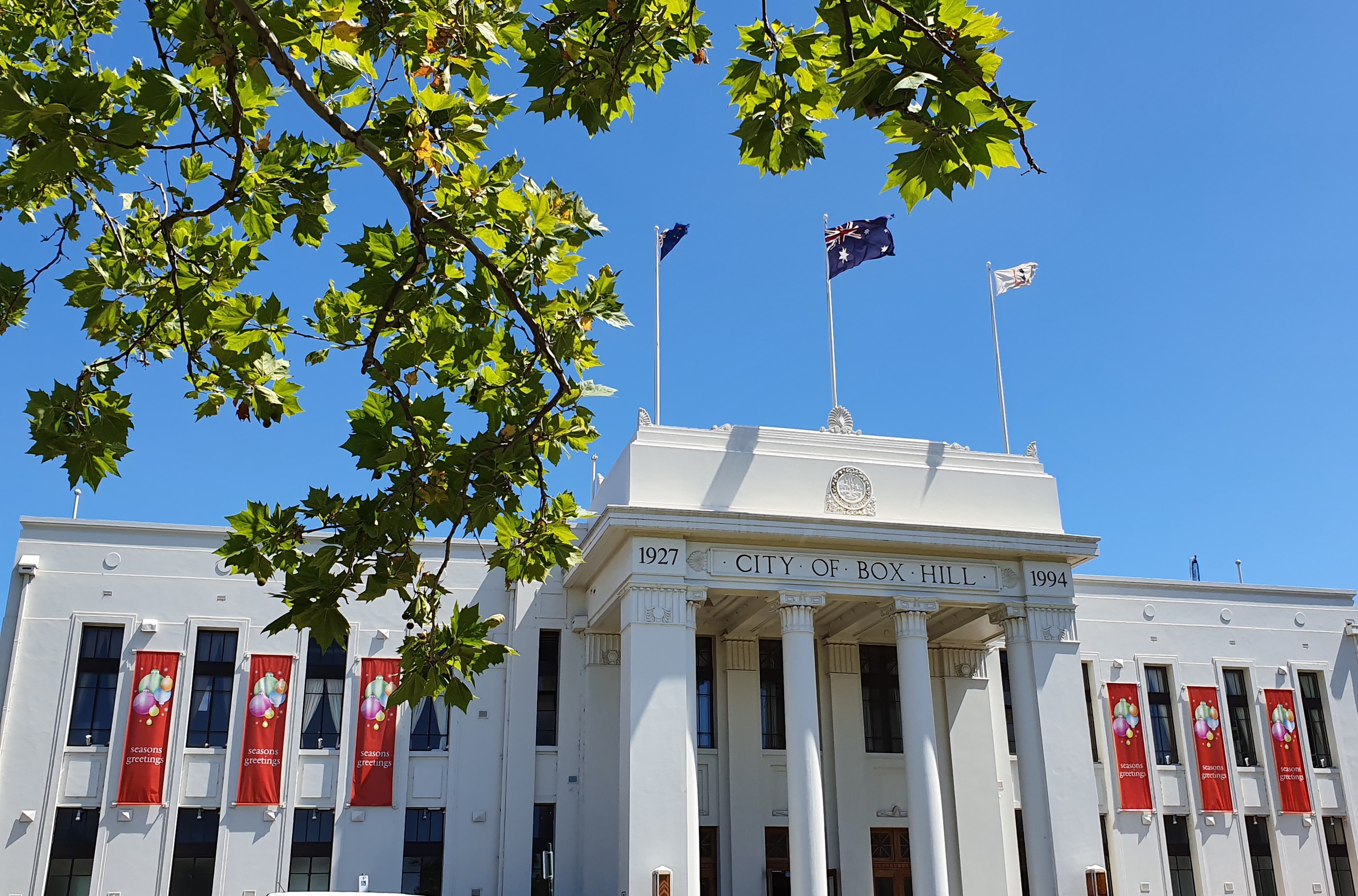